What is Biophoton Therapy?

Biophton Therapy is a holistic approach to wellness that encompasses the physical, emotional, mental and spiritual elements of well-being. Biophton Therapy is a physically non-invasive process which does not require additional supplements. The Chiren™ instrument developed by Johan Boswinkel allows Biophoton Practitioners to tune into their clients and measure where biophotons are emitting chaotic vs. coherent light.  With this information the Biophoton Practitioner can amplify the coherent light and neutralize the chaotic light with a biofeedback resonance filter, restoring the initial self-governing system within. 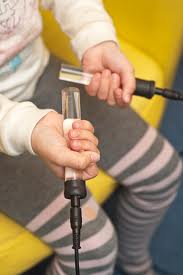 What are Biophotons?
Biophotons, or ultra-weak photon emissions, are weak electromagnetic waves in the optical range of the spectrum – in other words: light. All living cells of plants, animals and human beings emit biophotons which cannot be seen by the naked eye but can be measured by special equipment developed by German researchers.

This light emission is an expression of the functional state of the living organism and its measurement therefore can be used to assess the state of the organs. Biophoton light is stored in the DNA of the cell. It serves as the organism’s main communication network and as the principal regulating instance for all life processes.

Biophotons are measurable particles of light emitted by the cells of living organisms. This light when measured, holds valuable information about the health of cells. The Chiren™ instrument allows Biophoton Light Practitioners to measure and correct the quality of that light, giving back to the body the ability to self-heal.

First discovered in 1923 by Russian medical scientist Professor Alexander G.Gurvich (who named them “mitogenetic rays”) and in the 1930s widely researched in Europe and the USA, biophotons have been rediscovered and backed since the 1970s by ample experimental and theoretical evidence by European scientists.

In 1974 German biophysicist Fritz-Albert Popp proved their existence, their origin from the DNA and later their coherence (laser-like nature), and developed biophoton theory to explain their possible biological role and the ways in which they may control biochemical processes, growth, differentiation etc. Popp’s biophoton discovery inspired Boswinkel’s research on the practical applications in the 1980’s.

The importance of the discovery has been confirmed by eminent scientists such as Herbert Froehlich and Nobel laureate Ilya Prigogine. Since 1992, the International Institute of Biophysics, a network of research laboratories in more than 10 countries, based in Germany, is coordinating research in this field which promises rapid development in the next decade.

Therefore, Boswinkel developed a device that determines where biophotons in the body are disturbed based on the electrical response at acupuncture points on the hands and feet. Fritz-Albert Popp’s discovery can be seen as the letters of the alphabet and Johan Boswinkel took that one step further to create the language of light, which all lifeforms use to communicate.